In an age of increasingly accountable marketing, there’s a continuing focus on making this spend as effective as possible, and we see two trends in the way that organisations are approaching their meeting investments.

1) Maximizing digital to increase the reach and life of congress content and messaging beyond the physical events themselves.

2017 may be remembered as the year when pharma started to stop spamming congress hashtags. Kudos to AstraZeneca at ASCO for realising that “Valuable conversations on social media may be overshadowed by content from companies with large followings and more resources”.

Meanwhile, over at the American Diabetes Association 2017 Congress in San Diego, anyone posting a photo of presentation content to Twitter received a response from the ADA along the lines of “Thanks for joining us at #2017ADA! Photography isn't allowed during presentations — we'd appreciate it if you would delete this tweet.”

Given that in recent years the tweet-stream at Congress has started to seem less like a back-channel for scientific sessions and more like an extension of the exhibition hall, both of these trends should push companies to be more considered about how, why (and for whose actual benefit) they want should be using Twitter during events.

The big move here is Vivinda TV from Novartis. Launched last year, Vivinda has ambitions to be something of a Netflix for Congress content, providing on-demand sessions content for congresses including – since launch – ASCO, ESMO, AAD and ENDO.

In terms of success, last year Novartis provided a figure of 4,600 registrations for ASCO from physicians across 103 countries (not including the US, where the service is unavailable).

Digital is also core to the techniques used to attract and engage physical delegates. Below, we’ve pulled out some direct feedback from our teams in attendance at some of this year’s major congresses to highlight key trends and their effectiveness (or not).

"A moving waterfall curtain at the booth entrance drew a lot of attention, but when I talked to a couple of people about it they said it seemed ostentatious and excessive: a perhaps needlessly flashy use of digital technology?"

‘Shiny’ technology in search of a relevant purpose

This is how it was with Oculus Rift VR this year, people were using it just because it’s cool, but they didn’t bother doing great content to go with it (it’s all ‘explore the molecule’), they’ve relied on having the fancy technology."

‘Shiny’ technology that finds proper relevance in the subject matter

"Xbox Kinect for motion tracking was everywhere, but it was actually used really well.

I think it’s because it’s a movement tracker and the primary problem with inflammatory diseases is limitation of movement, so, this was appropriate use of technology for the disease area/educational content. I was on this thing for ages!”

“These, to my mind, were the best booths, and they seemed to have the best attendance. They were the ones that had a physical ‘thing’ that you could pick up and use to activate a digital ‘thing’.

So, for example, a model of a human body with targets at particular joints that you wave an iPad at to find out about issues at that particular joint. Or, and this was a really cool one, a huge digital table with small physical models of the company molecules scattered across it: you pick up the molecule, place it somewhere on the screen, and that activates the screen to show info about that particular molecule.”

What this means for event investments

If there’s one key theme here, it’s that digital at around events can’t just be frivolous – whether that’s a Twitter post that interrupts a conversation with a fatuous #DYK, or a pointless piece of exhibit hall projection mapping.

Done well, digital has the ability to augment and extend scientific messaging and in-person engagement, that is why our pool of medical writers and digital strategists approaches congress activities collecting insights and setting clear goals, which get tested and validated through an ad-hoc measurement framework.

We make sure that every element of a Congress plan is consistent and contributes towards the reach of the agreed objective, measuring the impact it has on the attendees and always looking for ways to improve.

Duncan works on our European Innovation team. He’s worked in digital for the last 20 years, healthcare for the last ten, and for Syneos Health Communications since 2012. 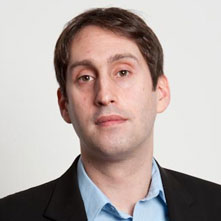