Cancer Drugs are Spending Their Way Into Patient's Lives

So its no surprise that cancer has become big business for pharma. Almost every major pharma company has entered the oncology space, but two brands are shifting the landscape with mass media spend directly to consumers. It’s a category that didn’t exist on national television two years ago. But last month alone two immune-oncology drugs from Merck & Co. And Bristol-Myers Squibb spent more than $33 million on DTC TV ads according to TV ad tracker iSpoot.tv.

and BMS spent $16 million for their Opdivo ad

BMS was the first to market to consumers in this way by launching their Opdivo commercial in the fall of 2015.

But this kind of advertising in a terminal disease state can have serious backlash as demonstrated in an article run by the New York Times. Matt Jablow shares his wife and family’s cancer experience and his reaction to seeing the Opdivo tv spot after the drug failed to help his wife.

It would be incredibly uplifting if it weren’t so utterly misleading and exploitative. To date, only about one in five patients with Stage 4 non-small cell lung cancer has seen any measurable response to Opdivo; and, for all patients, the median increase in life expectancy is only about three months compared with standard chemotherapy (though for those who do respond, it is up to 11.6 months).”

And last Friday, Bristol-Myers Squibb announced that Opdivo didn’t pass its most crucial test to date: during a clinical trial, the drug failed to slow the progress of advanced lung cancer (compared with chemotherapy) when used as the front-line drug. Opdivo is still approved to treat lung cancer after a patient has gone through chemotherapy — but, dashing huge expectations and the highest of hopes, the drug didn’t work as a first treatment for patients.

Also the article Opdivo ads vs. the reality of stage IV cancer treatment by Michael Wilkens, MD, PhD, Professor of Medicine at the University of California, Davis and its Director of Global Health touches on the greater impact these treatments have on patients finances, quality of life and end of life planning.

Technically, the advertisement is accurate. Clinical trials showed that compared to a group who took conventional chemotherapy, those taking the drug nivolumab lived an average of 90 days longer. Is this a huge clinical advance? Well, it depends on your perspective. Some patients feel 90 days doesn’t sound like much, while others say they would give their right arm to live another 90 days – but only if their quality of life was high. But, before you decide if would you take the drug, also consider that the drug costs about $150,000 for the initial treatment, and then about $14,000 a month. Not all insurance will cover the cost.”

This flip on the traditional sales model is a major shift we noted in our 2017 trend entitled Role Reversal. The classic selling interaction between a sales rep and oncologist is being replaced by big budget, mass audience advertising with creative and messaging that can sometimes over promise and under deliver. This shift is a cautionary moment for brands in a category where incremental innovation is the norm and a few more months survival is supposedly game changing. 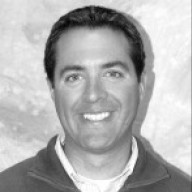