Drug Price Executive Orders: What to Know, What to Do

What impact could the 4 healthcare-related executive orders that President Trump signed last Friday (July 24) have on the pharma industry. As a healthcare company focused on delivering communications, here’s our take on the recent action.

The order that’s getting the most attention is the fourth one, which Trump referred to as the “Most favored nation” order. It’s designed to bring US drug prices more in line with prices in Europe—and it’s the only order being held until August 25, ostensibly as a negotiating tool designed to pressure pharma companies into proposing an alternative.

With both presidential candidates now positioning themselves as a bulwark against rising drug prices and signaling healthcare as a signature issue, the pharma industry will be in the spotlight well into the winter. In response to the EOs and the imminent election cycle, life science leaders must be prepared to address questions about traditional and new issues, such as:

Whether your company is launching a drug – or preparing for an annualized price adjustment – you are likely to face more scrutiny than ever before. Chronic and rare disease medicine prices alike will be under more scrutiny as state Medicaid and Medicare budgets strain under the costs of COVID.

At a minimum, pharma leaders must be reactively prepared. The next step would be to consider new price and access leadership strategies in response to the nation’s mounting medical costs. 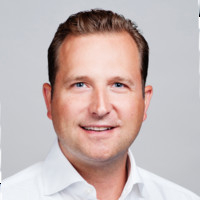