The annual Food and Drug Law Institute conference is the premier regulatory geek prom of the year. I’ve just returned from this gathering and would like to share some of what I said and learned.

I had the privilege of presenting alongside Center for Drug Evaluation & Review Director Dr. Janet Woodcock on the “Future of CDER” panel. While many new highlights were revealed at the conference, many open questions remain. Here are some of my podium questions on a selection of topics – followed by some predictions:

Now that we’re nearing the end of the Right-to-Try Follies and a federal bill has not passed, we have to ask ourselves, is this the beginning of the end or the end of the beginning?  Right-to-try bills passed in more than 30 states but most of these have no enforcement feature and confuse patients.

* Will the chatter over who pays for access to investigational products gather any attention? Currently the cost is all on the developer. But we should ask, might this also carry over and become a PDUFA pay-for – industry tithing for investigational access? The next question could be: Is “Right to Try” also “Right to Try – for Free?”

* How can FDA work to deter bad actors who are ready to hang out their shingle as “facilitators of expanded access,” but in the process, are taking advantage of desperately ill patients and selling snake oil to willing state and federal legislators?

Real World Evidence (RWE) is at the center of the CDER evolutionary maelstrom. Can the Center really fundamentally advance from the 20th century randomized controlled trial “gold standard” to a more 21st century approach based on slimmer, non-traditional trial design and data sets?

* What is CDER doing on validated methodologies? How can CDER help to spread the word that “Big Data” and “Validated Evidence” isn’t the same thing?

* What about RWE as a pathway for label extensions minus additional clinical trials? How might this advance or deter broader Agency thinking on advancing the truthful, accurate, and non-misleading sharing of off-label information?

* How can CDER further solidify its place squarely in the center of the innovation ­ecosystem by fostering collaborative alliances with all stakeholders, enhancing qualification planning, sharing developmental endeavors, and clarifying standards?

The headline is “opioids,” but the issue for CDER is better approaches to pain management. Other issues on the table (and it’s a crowded table) include:

* Unit of Use Dosing. Can it be achieved via blister packing? If so, in what timeframe? And what are the broader implications for blister packing writ large?

* Abuse-Deterrent Labeling. You can’t spell Analgesics without A-N-A-L. How will CDER consider category labeling claims moving forward – especially considering the recent House and Senate legislative language that asks how the FDA will assess the inclusion of opioid-sparing data in labeling.

* Does the CDER expect smooth sailing on generic ADFs? Assuming not, what’s the plan for predictability?

* Per legislative language, what about Division’s interpretation of applying expedited pathways for non-opioid pain products?

* And what about dealing with these issues in the teeth of the political spotlight? Opioids are getting the headlines, but Pain Management must be the regulatory focus.

Over the last 20 years, two key words in drug development have been speed and innovation.  Going forward, the patient voice, data quality, and evidence generation must be added to that list.

Everyone (except for a stalwart cohort of agency reviewers) thinks it’s a great idea to give patients a more robust voice in drug review. The patient voice is the orange on the Seder plate of drug development. A few things to ponder:

* What’s in the pipeline for more developmental guidances developed with patient input? Was Duchenne muscular dystrophy a successful lead off batter or a one-off anomaly?

* How can CDER assist in the evolution of the patient voice from “teller of sad stories” to real partner in regulatory science? What’s the plan?

* How will PFDD impact 21st century regulatory views of risk/benefit analysis and the ensuing future of the various expedited review pathways.

When it comes to regulatory science and the broader issues facing the FDA, there will always be significant gradations of nuance and ambiguity. “Predictability” is a trail that regulator and regulated must blaze together sometimes heroically and at other times with greater caution. So, what’s next with the re-org?

Dr. Woodcock spoke quite boldly on a number of these (and other) topics. Let me focus on two: Opioids, and OND reorganization.

Beyond reiterating the agency’s commitment to addressing the opioid crisis, Janet commented on the need for more and more directive agency guidances on new analgesics development. Her verbatim comment was that “New analgesics have been a desert." In my follow-up comments, I said that we have to help the FDA "make the pain management desert bloom."

But she saved the best for last with her comments on the reorganization of the Office of New Drugs.” In calling for a “flattening of the organization,” Dr. Woodcock affirms her credentials as a regulatory revolutionary.

One aspect of expedited review protocols that is often overlooked or ignored entirely is the participation of senior agency resources outside of the particular responsible division. This means that not only can difficult questions be addressed more speedily, but potentially more advanced “regulatory discretion” can be used to overcome potential deal-breaker issues. Janet specifically pointed to divisional supervisors as a group that needs to embrace the concepts of 21st century medicines regulations, from real world evidence, to patient-focused drug development, use of biomarkers and Bayesian statistical methodologies, etc.

In the words of the British pundit Ernest Benn, “Politics is the art of looking for trouble, finding it whether it exists or not, diagnosing it incorrectly, and applying the wrong remedy. “ CDER doesn’t have that option. 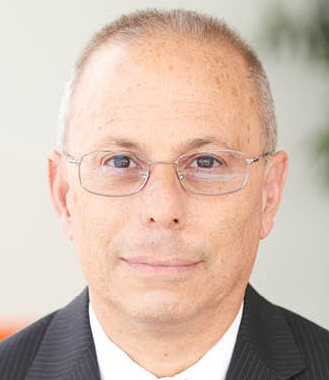