Happy New Year! This edition of Medical-Science Moments begins with a wrap up of the top 10 science stories of 2018, as designated by Science News. Not surprisingly, a number of the stories relate to gene technology, but health effects of alcohol and progress on spinal cord injury treatment also made the list. The wrap up is followed by more recent Medical-Science Moments from the last few weeks, including more on gene technology, “pharmajuana,” the pharma industry, FDA, dairy data, and interesting findings on exercise.

Please enjoy and, as always, I welcome any feedback or suggestions of items to consider for the next issue! – Dr. Dave

Along with news about climate change (the #1 story), neutrinos (#4) and a possible large body of liquid water on Mars (#8), SN’s top stories a bit closer to home for us pharma pholks included:

Just days after He Jiankui’s announcement of gene-edited babies, FDA approved the second company-sponsored trial of a CRISPR/Cas9 drug: Editas Medicine’ therapy for the most common cause of childhood blindness, Leber congenital amaurosis 10 (LCA10), resulting from a mutation in the gene CEP290. In contrast to He’s work, which involved genetically altering human embryos and making genetic changes that would be passed on to future children, Editas’ therapy targets cells in the eye and have no impact on reproduction.

The Canadian marijuana company Tilray recently announced a “joint” venture (sorry, couldn’t resist!) with Novartis’ subsidiary Sandoz to sell medical marijuana in countries where it is legal (35 currently). The marketing agreement, which includes other products as well, appears to be a first for marijuana and a major pharmaceutical company, and…uh, I forgot what I was going to say…

Pfizer and GlaxoSmithKline plan to merge their consumer-health units to create a joint venture which, the companies said, would be the world’s largest maker of OTC products, from toothpastes to pain relievers. Glaxo will own 68% and Pfizer 32%. The two units had combined sales of $12.7 billion last year.

FDA Highlights 2018 as Banner Year for Drug Development and Approvals

As of December 20, 2018, FDA approved 56 new molecular entities (NMEs), surpassing 1996, previously the busiest year with 53 approvals. For the first time, the majority of NMEs approved were orphan drugs to treat rare diseases.

FDA Commissioner Scott Gottlieb, MD, announced a 2019 framework to advance collection and use of real-world data (RWD) across drug and biologic development efforts. He noted that use of RWD is a “top strategic priority for the FDA” that “provides us with a potential source of information that can complement, augment, and expand our understanding of how best to use medical products – improving what we know about our medical care.” He noted that RWD can come from a diverse array of sources, such as electronic health records, medical claims, product and disease registries, laboratory test results and even cutting-edge technology paired with consumer mobile devices. Somewhat related: JAMA recently had a good review on interventions to improve medication adherence, an important element of therapeutic success for most all patient-administered therapies.

For more than 40 years, nutrition guidelines have recommended low/no-fat dairy products over full-fat versions. Little evidence, however, actually support s those recommendations, and may even run counter to them. Consider the Prospective Urban Rural Epidemiology (PURE) study, recently reported in The Lancet.  That large cohort study included more than 136,000 adults from 21 countries in five continents. The researchers found that, from 2003 to 2018, a higher self-reported intake of total dairy (>2 servings per day vs. no intake) was associated with lower risks of the composite outcome of death or major cardiovascular (CV) events (by 16%), total mortality (by 17%), non-CV mortality (by 14%), CV mortality (by 23%), major CV disease (by 22%), and stroke (by 34%). No significant association with heart attack was found. Higher intake of milk and yogurt (>1 serving vs no intake) was associated with lower risk of the composite outcome, but cheese and butter intake were not. So, get moo-ving!

It’s not surprising that “get more exercise” was the most common New Year’s resolution in 2018 (tied with “eat healthier” and “save more money”). Sure, we all know exercise is good for us, but what kind is best for living longer? Some answers emerged from the first study to compare the effects of different types of training on telomere length and activity of telomerase (an enzyme that lengthens telomeres), both of which are associated with improved cell survival and healthy aging.  For the six-month trial, researchers randomly assigned inactive adults to three 45-minute sessions per week of supervised aerobic, high-intensity interval or resistance training, or to a control group. By the end of the study, completed by 124 men and women, aerobic and interval training, but not resistance training, increased telomerase activity two-to-three fold and lengthened telomeres compared to the control group. 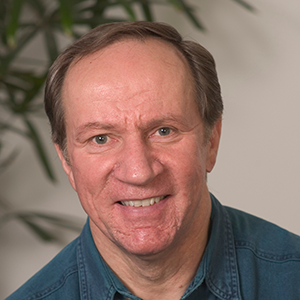