What comes to mind when you think of a successful unbranded disease awareness campaign? For me, innovative is a word that’s often over-used in the world of communications, but required to stand out among the cluttered pharma campaign space. I tend to see a lot of content that shines a light on negative impacts of the disease – symptoms and how they impact their daily lives, or in other words, what patients can’t do. While strategizing for an unbranded campaign to raise awareness of Parkinson’s, Sunovion Pharmaceuticals decided to take a different approach. They wanted to give patients and caregivers hope. They wanted to use innovative ways to shine a light on the positive aspects of their daily lives – what people living with Parkinson’s can do.

So even though “innovative” is a word that’s thrown around in almost every brainstorm, Sunovion’s twist on integrating the hack-a-thon into their unbranded campaign is ultimately what made it stand out. While successful campaigns are typically measured by impressions, engagement, and other metrics that demonstrate an interest among your target audience, Sunovion learned that sometimes it’s better to not set specific measurable goals and focus on the messaging and relationships built through awareness - and innovation. Since launch, they’re continuously shining a light of hope for patients.

Christina Hanlon is a digital marketing professional with 10 years of experience across communications and industries, most recently focusing on healthcare. She joined the Digital & Social Strategy team at Syneos Health in 2015 and has led digital efforts for various clients focusing on rare diseases, respiratory diseases, epilepsy, and other therapeutic areas. Christina’s expertise is focused on digital strategy, managing content and creative development, analytics and overseeing the day-to-day execution of social media campaigns that educate, raise awareness, and impact the lives of those affected by that particular condition. Christina graduated from Ramapo College of New Jersey with a Bachelor’s degree in Communications. 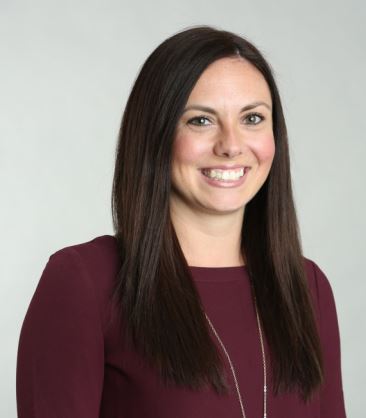