We’re featuring a four-part series this month on the Motivational Edge (ME), our proprietary framework for building brands that connect with customers at their core and fit into their lives seamlessly. The ME is derived from four human truths:

In this installment, Part II of the series, we’ll focus on our drive to be validated. As we learned last week, when it comes to health behavior, rational messaging—no matter how scientifically or logically persuasive—isn’t enough. That’s why it’s important to lead with emotion to break through, earn attention, and activate motivation. But we can’t stop there—as communicators, it’s our job to keep them motivated for the long haul. Sustaining that motivation starts with knowing that everyone has a deep-seated drive to feel validated—to know that they’ve made the right choices and are on the right path.

Validation can come in a variety of different forms. For instance:

And so, even among HCPs, following the crowd makes for a very compelling option. For example, changes in HCPs’ prescribing behavior in a particular serious condition were examined both before and after the release of new NIH practice guidelines for the category. As it turned out, following the guideline release, the prescribing behavior of colleagues who the HCPs considered their personal “go-to” for advice was 100 times more influential on their own subsequent prescribing behavior than was the detailing they received from pharma reps about the guideline changes. What the crowd was doing validated prescriber choices. 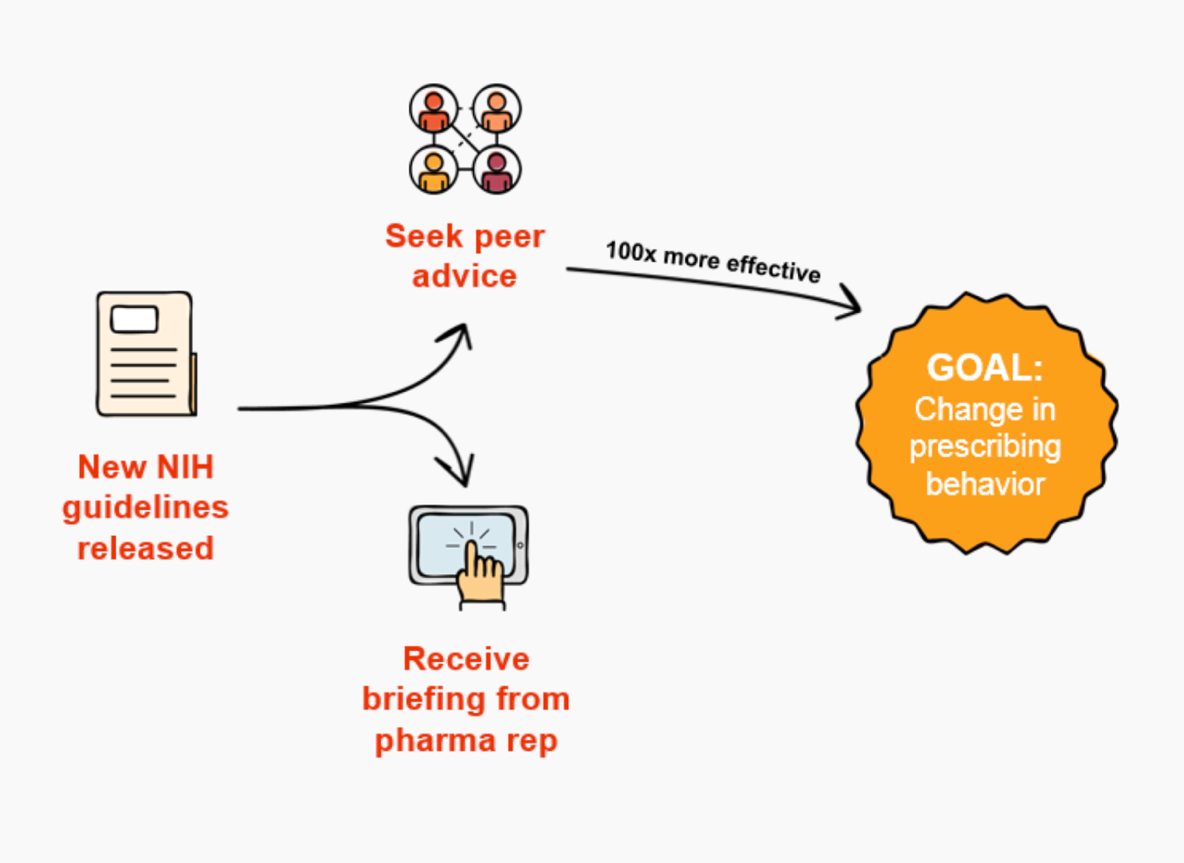 But what if pinpointing sources of validation isn’t that easy? (Hint: it almost never is!) What follows are some of the most significant barriers—and ways we can work through them.

Barrier: We want to “keep it cool.” When you’re trying to impact someone’s choices, you may be risking making them feel like they have less in common with a highly regarded group of people (e.g. other physicians).

Solution: Social signals can work for you. How can you amplify the most meaningful ones?

In one experiment, Dr. Robert Cialdini changed half the signs in a hotel to inform guests that most other travelers reused their towels at least once, instead of informing them that reuse is good for the planet. The result? A 26% increase in towel reuse. When it comes to your target customer, which people around them are going to have that kind of influence on their product choice? Key opinion leaders in their specialty? The doctors geographically closest to them? Who else might make their choices feel valid?

Barrier: We feel our social roles are more important to us than reasons to change. Roles like parent, spouse, friend, and coworker are central to our identity. They can cause us to deprioritize—or ignore—new information if it conflicts with our understanding of a role that’s much more important to us.

Solution: Position your brand as part and parcel of social roles.

Let’s examine a highly familiar brand slogan: “Choosy moms choose Jiff.” It’s so iconic that you might be shocked to learn that when Jiff entered the peanut butter market, it lagged way behind Skippy and Peter Pan. But with this memorable slogan, and a poignant video of a mother juggling various roles, Jiff successfully motivated moms, one of their biggest audiences, making them believe that Jiff’s was the new most acceptable peanut butter. What social roles are most common among your target customers? How can your brand promote that role instead of getting in its way? How might your product help someone perform that role better?

Barrier: We resist making different choices than our role models. For that reason, new information, even the most compelling data, might not motivate someone, because it’s not coming from a credible messenger. Trying something new “alone” can seem just too risky.

It’s not just about finding the right influencer. Think about Amazon’s Frequently Bought Together feature, which tells you that enough shoppers added an item to their cart for there to be a trend with respect to what items they’ve piled on top of it. This crowd-derived wisdom suggests a product’s desirability as much as it promotes additional purchases. How can you advance a similar message with your customers? Who else is going to have to believe in your brand to validate it in the eyes of a new audience? Who would make for an inspirational example that anyone in the field would want to emulate?

At the end of the day, as consumers, we don’t always know what the best course of action is, even when we have a few good arguments for why we should go in one direction versus another. There’s often some leftover ambiguity that we need to resolve before we can choose with confidence. Watching what other people do is a fast and frugal way of working out that ambiguity.

But our sensitivity to what other people do isn’t just about learning what options are available to us. It’s also about self-esteem. In a core part of our being, we want to feel like we belong, we want to feel confident in our choices, and we’re willing to evolve our behaviors to achieve that sense of validation. If your brand can speak to that part of the human spirit, you gain new customers, regular advocates, and a whole new understanding of everything your product can be.

Carolyn Stephenson is EVP of Strategy for Syneos Health Communications. Her unique healthcare perspective is complemented by nearly 20 years of strategy expertise across sectors as varied as retail, financial services and higher education. She has built nationally recognized branding, digital, content and commerce programs for brands like JPMorgan Chase, Nationwide Insurance, EXPRESS, as well as on the agency side with Ologie and SBC Advertising. Her work has been spotlighted in industry publications like Mobile Commerce Daily, Mobile Marketer, and even featured on an NBC reality television show (Fashion Star). But her passion for healthcare is palpable: she’s also a Certified Hormone Specialist and a Precision Nutrition Coach. 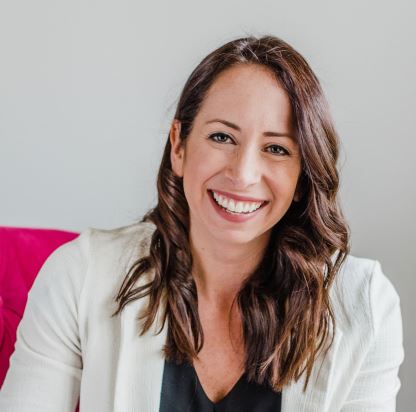