Cheese, Disease, And The Brains Behind The UK's Biobank

Oxford, England – What does good fondue have to do with the way your brain works?

Last week, data from the first 5,000 participants was released and made available to researchers across the globe. Already tens of thousands of significant associations have been identified, hinting at ways in which lifestyle and aging might affect brain structure and function.

For example, researchers identified links between high blood pressure, alcohol consumption, and injury to connections in the brain. Faster cognitive processing was associated with the size of various brain structures (the bigger, the better) as well as markers of integrity of neural wiring.

But wait! What about the cheese?

Researchers also identified a pattern linking brain imaging to intelligence, education level, and a group of seemingly unrelated lifestyle factors including time spent outdoors and…cheese consumption! These factors, researchers suggest, might indicate a socioeconomic profile that could align with various characteristics found in the cortex.

The brain imaging initiative is just one component of the UK’s massive imaging project. By collecting thousands of scans of the human brain, heart, arteries, abdominal fat, and bones, the initiative takes a population-health approach to better understand and treat disease.

Ultimately, researchers hope to discover early markers—biological red flags in the brain and throughout the body—that predict major diseases. “The idea is,” Karla Miller explains, “we’re characterizing people in great detail before they actually have begun to accumulate the health problems that people have in old age.” In other words, the UK Biobank Imaging study could bring us closer to preventing disease, rather than treating it after it strikes. And by analyzing demographics and lifestyle information, this project could make way for more targeted treatments and proactive health plans that include specific lifestyle changes to prevent disease onset.

The way in which disease is currently treated is rapidly changing. As we gain a greater understanding of how certain illnesses take shape, we come closer to developing a more holistic and proactive approach to confronting disease.

We’re likely unaware of many of the factors that contribute to our health and wellness. But scanning hundreds of thousands of aging organs might just shed some light on what those could be.

So to the 100,000 participants in the UK Biobank Imaging Study, thanks for letting your brains say “cheese” to the MRI machine! 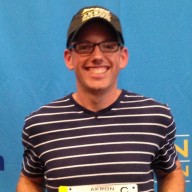